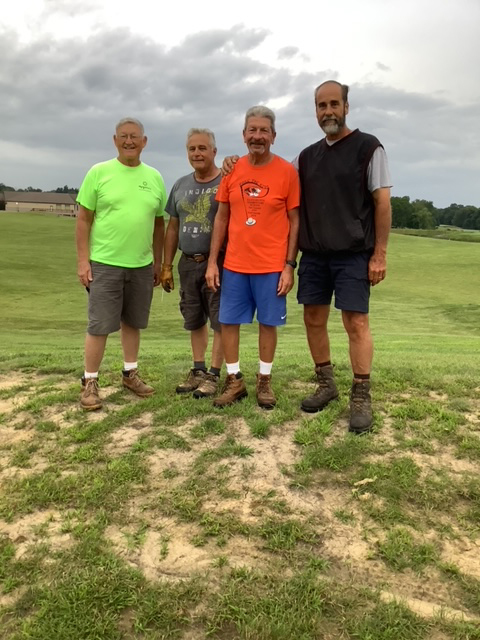 Workers begin their assigned jobs on the golf course very early in the morning. Much of the work required to maintain the 140-acre track of ground at Coyote Creek Golf Course takes place outside. A huge maintenance building houses essential tools and supplies to keep tractors and mowers and other motorized equipment operating smoothly. Work starts early because dedicated golfers begin early and as one owner of the course says, “the goal is for maintenance work not to be seen.”  That’s not always possible but efforts are made towards accomplishing it.

The stunning 18-hole championship golf course was designed by the late Bruce Borland. Located at 8201 W. Lancaster Road in Bartonville, the course is challenging and includes not only the pleasures of golfing but also the beauty of scenic lakes and creeks, elevation changes, stone bridges, and waterfalls. As seasons change, the trees provide striking shades of color reflecting various seasons.

Some 30 to 35 people are employed at the family-owned course including those working in the club house and pro-shop. Employees are various ages ranging from late teens to retirees in their 60s and 70s who have retired from former careers. There is more turnover from the younger generation and often, suggests an owner, that’s because younger workers don’t know at their age the types of work they prefer. They are searching while older workers have more experience and interest in the work they’ll be doing. Women employees have been few through the years, and very few apply for jobs. Currently one woman mows regularly.

While ownership of the golf course has changed through the years, one employee, Tim Neaveill, Golf Course Superintendent, has been there from the very beginning in March of 1999. “It has been quite the adventure,” he says, still with enthusiasm. He has 36 years’ experience in the golfing business, having also helped build another course before his employment at Coyote Creek. He still looks forward to going to work. “You can’t put a price on that,” he believes. When asked about the greatest challenge of his job, he responds immediately, “Weather. This industry is controlled by weather.”  He explains they don’t have to shut the course down very often because they have cart paths for the golfers, but lightening does cause cancellations. The maximum number of golfers at one time is 144. “That’s as full as you can get,” says Tim who knows many details about the course he helped build.

For any business to operate successfully, good employees are essential. Tim speaks highly of his staff particularly those older gentlemen who are retired from their careers and have worked at Coyote Creek for over 20 years. “Those guys are great. They are reliable, know what work is about, and we know they will show up and work.”  One owner said, “I’ve never had an older employee not respect what I do. We appreciate them and they are important to us in a big way. They help pull it all together.”

Tom Lanan, 67, remembers his first day on the job was a very hot day in June of 2000. He had seen a help wanted ad in the Journal Star, applied, and was hired. He was also working for Caterpillar at the time; he has since retired, and Tom still remembers his first duties at the golf course. “I was working on #3 fairway,  the signature hole, and I picked up rocks, threw them in the creek, and picked up sticks to throw away. There was a lot of sand, not much green growing, and no carts.”  But he persisted, and 21 years later says enthusiastically, “I love working out there. I like seeing the deer, raccoons, and wild turkeys, and I like being outside.”  He’s recommended the work to others and appreciates that he advanced from picking up rocks to other jobs.

Tony Montle, 70, started work the first day Coyote Creek opened in 2001. Retired from Caterpillar, he was hired by one of the original owners, and working three or four days a week. “The pro shop wasn’t finished yet,” remembers Tony, “and I later worked in that, tended bar, brought out carts and other jobs.”  He spent some nine plus years in the pro shop and then began doing outside work which he says, “works for me. I like the guys I work with, and I’ve done just about every job out there.”  He also would recommend working at Coyote Creek to others looking for employment.

Terry Post, 76, responded to that same newspaper ad for workers, he was retired from TWA, and his first day was April 4, 2000. “I’ve always liked working outside,” he says, “and while I wasn’t sure what the work might involve, I wanted to try it.” Like Tom and Tony, he’s done a variety of jobs, some of which he’s liked better than others. “I still like what I do and working outside” even though Mother Nature typically has the final word on interfering weather conditions. “Working at a golf course is so much more than just mowing grass. I’d definitely recommend the job to others.”  And while age isn’t a defining factor for any of the three, Terry says, “Our endurance is not always the same as a high school kid.”

The golf course season is primarily from May 1st to September 30th. Weather permitting, it may start earlier and end later or it may do just the opposite. Maintenance is a challenge as there is always something that can and sometimes does break down. Looking at the pristine course, it’s easy to conclude “it comes that way,” but it requires equipment, supplies, good weather, knowledge, and dedicated workers. With each having 20 plus years of experience, Tom, Tony, and Terry take pride in what they do and in how their efforts help to enhance Coyote Creek Golf Course. 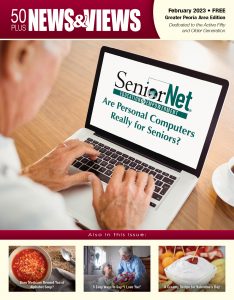