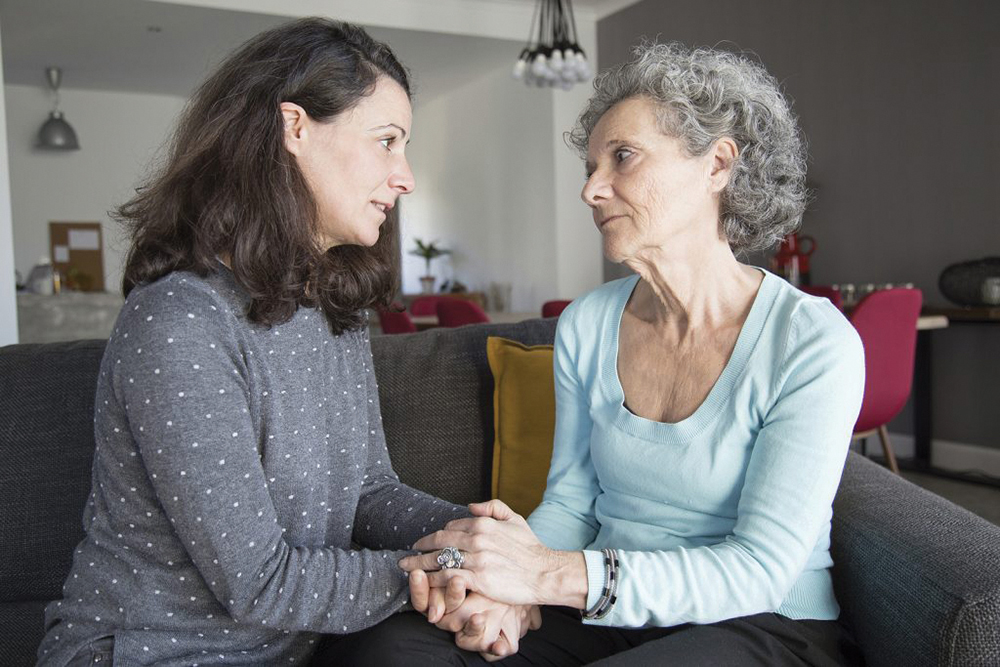 It can be tempting to assume that because someone has Alzheimer’s disease or some other form of dementia, they’re not capable of making their own decisions. The trouble is it’s not always true—perhaps more often than you’d expect. By stepping in to speak for someone else, we may be unintentionally making them feel unheard, ignored, and insignificant.

Of course, there are times when dementia does make it difficult for people to make their own decisions. They may decide to do things that place themselves and others at risk. In situations like those, it would be irresponsible not to intervene on their behalf.

So, how do you know when to step in and when not to?

Allow Extra Time for Them To Respond

It’s important to recognize that individuals with dementia often need extra time to process what they’re hearing. If you ask them a question, it may take them longer than usual to consider what you’re saying. Their brain may be slower at formulating an answer and then getting it back out.

The trick is to be patient. Give them extra time to answer.

When You’re not Certain Whether They Understand

But what if their ability to understand fluctuates? People with dementia may be more lucid at certain times than others. How can you gauge whether they’re capable of making their own decisions at any given moment?

As Making Their Own Decisions Becomes Increasingly Difficult

As their dementia progresses, it will be increasingly difficult for them to make decisions. That’s why it’s important to have conversations with them early on in their disease to give them a chance to talk about decisions that may have to be made in the future. It will give you a clearer sense of their preferences should you be called upon to make a decision on their behalf when the time comes.

It’s also important to realize that the state where they live likely has specific rules about who can make important decisions for someone else and when they can do it—decisions like consenting to certain types of treatment or managing personal property.

Despite your best efforts, you may conclude that your parent would do better living at a place where meals are cooked for them, their medications are monitored, they have opportunities to make new friends, and help is available 24/7. In this case, a senior living community is likely the best option.

Bringing up the idea of assisted living with your parent can be tricky, particularly if you’ve previously said that you would help them stay in their own home. If you’re not sure how you’re going to bring up the topic, we have some suggestions. Contact Sugar Creek Alzheimer’s Special Care Center, we’ll be happy to give you advice that’s right for your situation.

Sugar Creek Alzheimer’s Special Care Center is the leader in memory care services in central Illinois. They are located at 505 East Vernon Avenue, Normal, Illinois. They offer specialized care to those who are experiencing the challenges of Dementia and Alzheimer. If you need to set up an appointment or have any questions please call Kristyn Durre at 309-451-3000 or go to www.sugarcreekalz.com.