Four letter words often get a bad rap which really isn’t fair. Sure there are some very strong meanings in a mere four letters, but there are also some lovely sentiments in words such as love, kind, help, good, and many more. And then sometimes the words are practically void of meaning in themselves until someone ignites life to them in a song or poem or even an angry outburst. It’s interesting how words come alive through expressions bestowed on them by others.

As we’re getting to the end of the year, doing a little reminiscing seems like an interesting and fun endeavor. This current year hasn’t exactly been good for the attitude or the morale. Agreed we can only go back in memories, but it’s still charming to recall who we used to be, what we used to do, what we aspired to do when the world was in good shape, or at least simpler and better than the present, and how we tried turning dreams into realities. Let’s start with that somewhat magical decade, the 1960s.

We’ll begin with some random questions here. Remember the song Hair by the Cowsills in the 1960s?  “Darlin’, give me a head with hair, long beautiful hair… shoulder length or longer hair…I want it long, straight, curly, fuzzy, snaggy,..shining, gleaming,…twisted, beaded, braided,” and the adjectives continue and the descriptions get more involved. The musical Hair after an off-Broadway debut on October 17, 1967, at Joseph Papp’s Public Theater and a subsequent run at the Cheetah nightclub from December 1967 through January 1968, opened on Broadway in April 1968 and ran for 1,750 performances. “Hair challenged many of the norms held by Western society in 1968. The name itself, inspired by the name of a Jim Dine painting depicting a comb and a few strands of hair, was a reaction to the restrictions of civilization and consumerism and a preference for naturalism.”  And even yet today, we’re still fussing about hair.

Recall the furor when the Beatles appeared on the Ed Sullivan Show on February 9, 1964?  Parents were aghast at the “long-haired” foursome while teens were enchanted by their hair, appearance, music, and charisma. The trend was started and hair grew longer as different groups were introduced and showcased through the years. We’d already met Elvis on September 9, 1956, also on Ed Sullivan. He caused controversy when he made the first of three appearances on the popular show. “In  2006 the History Channel selected the September 9th, 1956 Elvis Presley appearance on the Ed Sullivan Show as one of the ’10 Days That Unexpectedly Changed America.'” His presence on that show “was a key stepping stone on the King’s path to worldwide fame.”

Interesting how one appearance, or a certain style of hair or clothing, can make such a significant difference not only in a person’s future, but also contribute to the various changes in pop culture or entertainment. It’s an interesting and often fun-filled reminder that very few things remain the same. Sometimes we value those many differences or choose to ignore them or wish details remained unaffected.

Not only do we frequently value keeping details the same, we actually yearn for the way things used to be. No matter how glamorous or exciting the advancements of today seem, there’s a certain nostalgia for Holiday traditions from our youth, or toys we used to play with, or the much loved members of our family gathered around the Thanksgiving table. And it’s difficult realizing and accepting that we really can’t go back in time. In our minds we can, but not in the reality of how it really used to be.

This year is particularly challenging as we realize Holidays will be dramatically different due to many and varied changes COVID forces on our lives. Even what we once considered the simplicity of shopping has become complicated and frustrating. Will Santa arrive in town the day after Thanksgiving?  Will we race around for bargains the minute the last bite of pumpkin pie is enjoyed, or will we reminisce about, “Oh, so this is how they used to celebrate and enjoyed family gatherings and wait till the following day before shopping for the bargains. People first; deals later back in the day.”  We might find simple but satisfying pleasures in doing things the way they used to be with less attention on how much or how lavish and more attention on the meaning of celebrations.

We circle around in our minds and memories musical and entertaining events. We savor our yesterdays, understanding that change is inevitable, but still acceptable, and we preview, review, and accept accordingly that we must learn to adjust. We may not be deliriously happy with the options, but life goes on and so must we. We make our lists for such basics as “all I want for Christmas are my two front teeth”; “give me a head with hair, long beautiful hair”; or maybe even toys that don’t require batteries.

No one is quite sure when the Christmas season officially begins, and this year is even less certain, but perhaps it starts when that warm, nostalgic feeling rises to the top of our emotions. We might reminisce about long ago celebrations with much-loved relatives whom we introduced to songs about hair, the Beatles or Elvis. Or maybe fondly recall our first time shopping for loved ones with our own money that we earned, or perhaps when we felt grown up because we truly understood it is better to give than receive.

Whatever your fondest memories, happy thoughts throughout the season, regardless of the challenges!

For more informative and inspirational articles visit 50 Plus News and Views Bloomington/Normal. 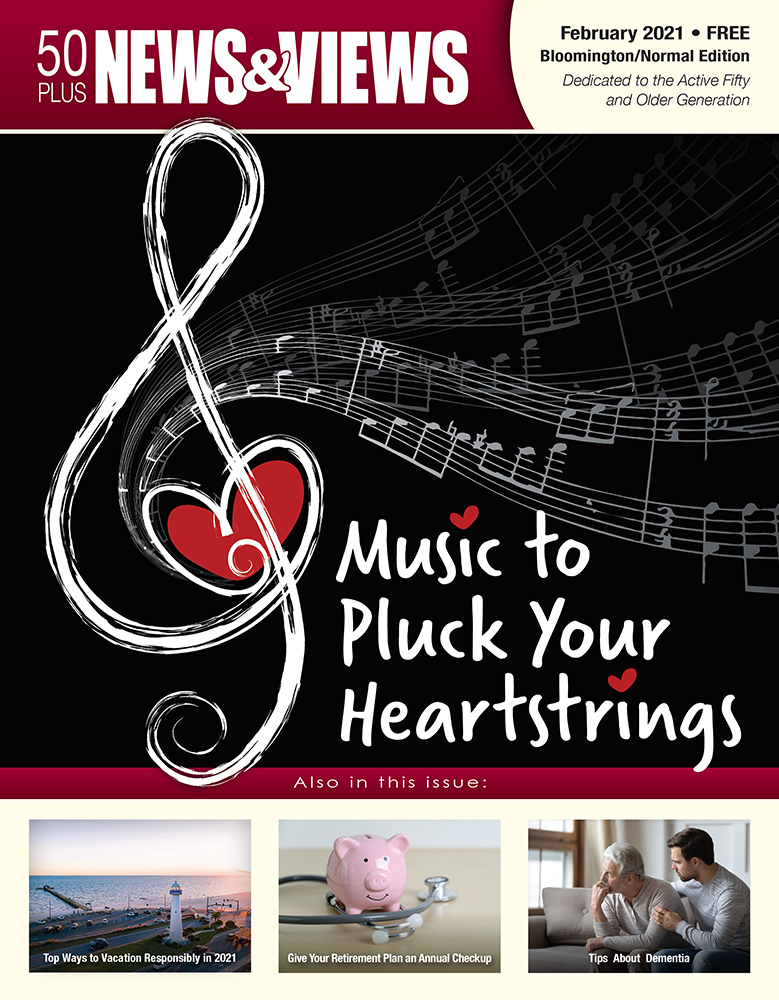 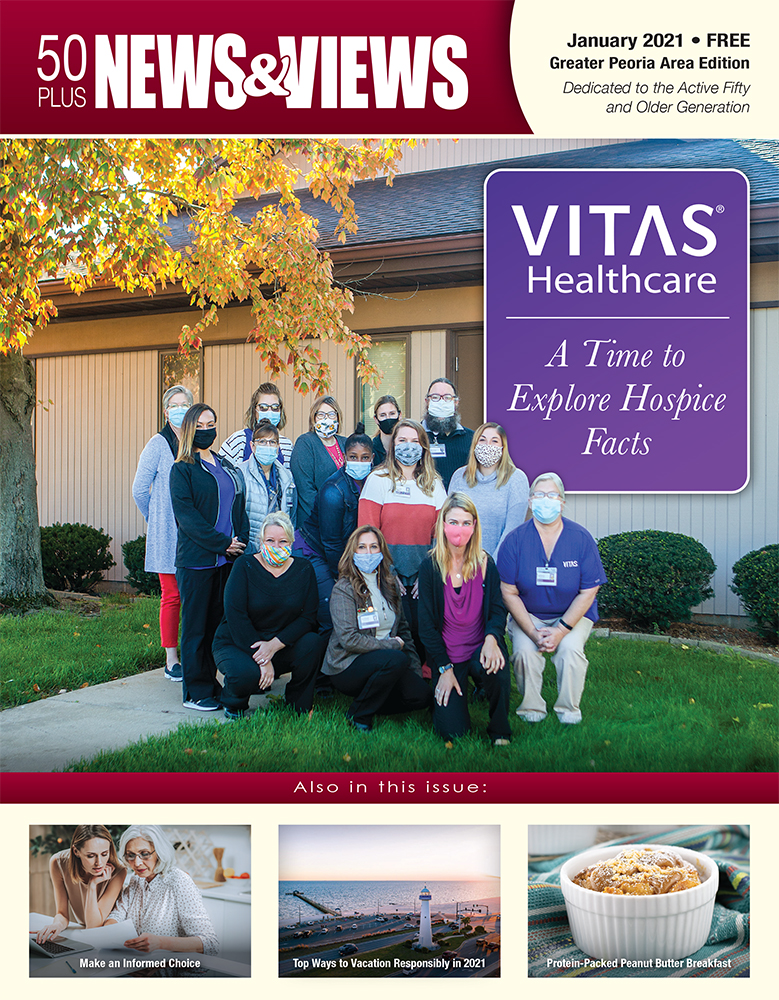 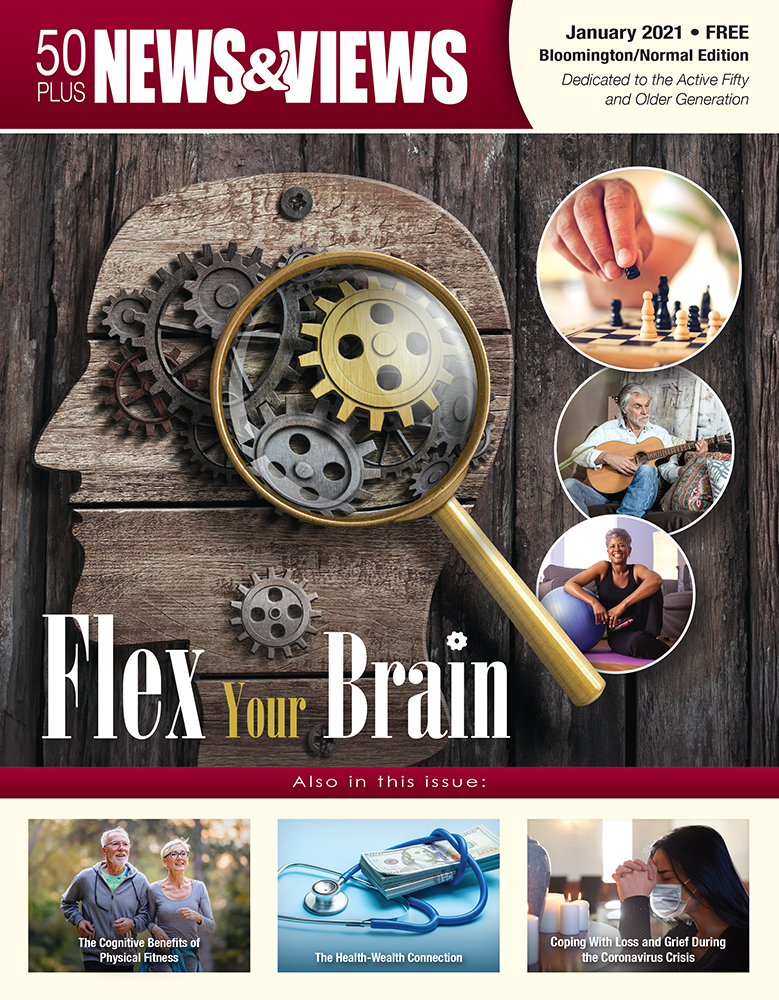