Have Yourself Merry Memories 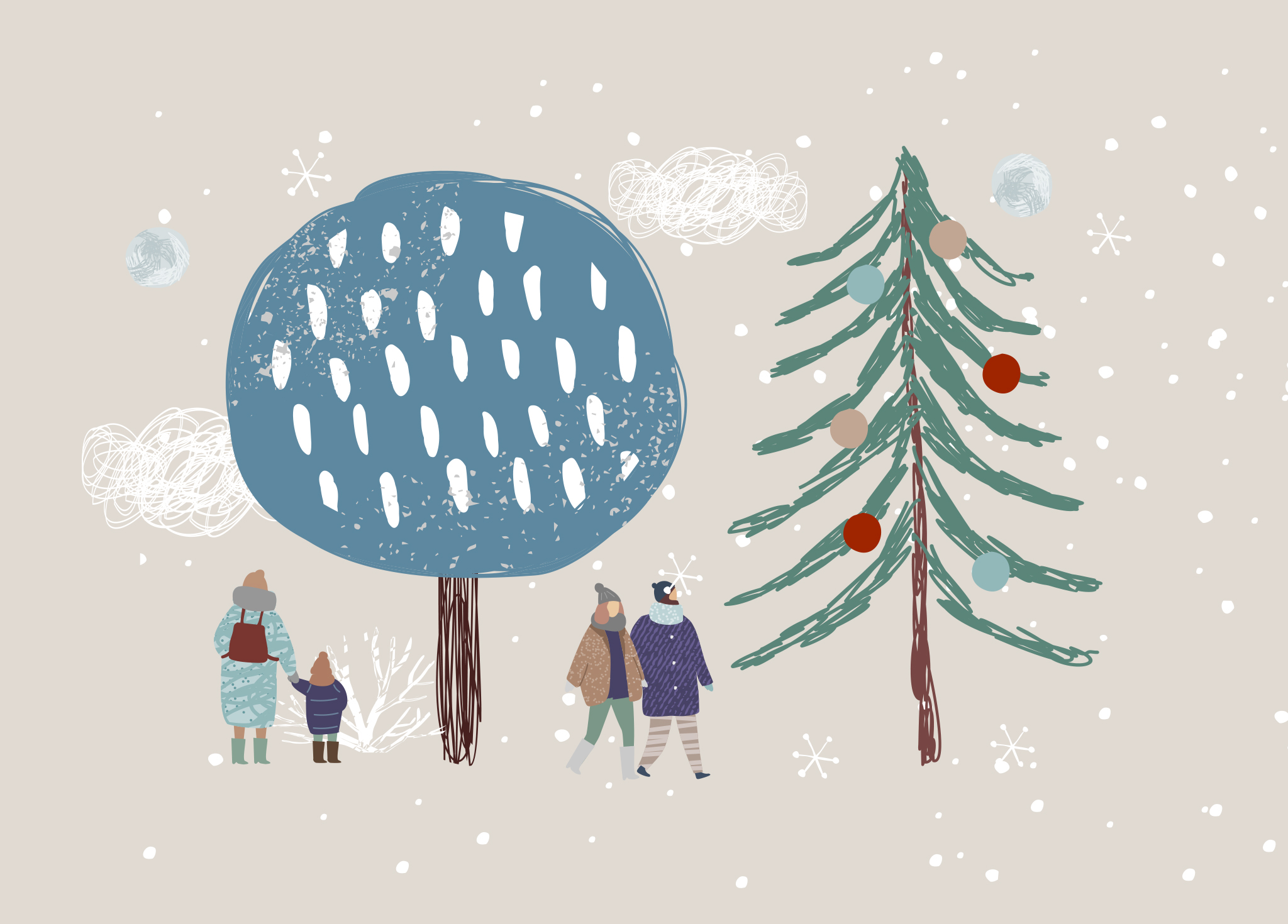 The expression “absence makes the heart grow fonder” was popularized in 1850 by Thomas Haynes Bayly in his work entitled Isle of Beauty. We’ve come to believe it means people or things are loved more when there’s some separation from them, or they are distanced by time. Remembering the first day of school; Mom’s homemade chicken and noodles; a first kiss; the tiny apartment that becomes a couple’s first home, with special details surrounding such events. Sometimes we must go way back in time, but even if particulars are sketchy, the memory’s essence makes the heart grow fonder. What’s essential are sincere efforts to recall not only objects or details, but also intentions. It’s heartwarming to reminisce, and it requires sincere efforts to remember details honestly.

Life changes are inevitable regardless of our efforts. At this time of year especially, memories flood our minds. The holiday season delights our senses with twinkling lights, the aroma of cookies baking, scented candles, and the fragrance of pine. We can derive pleasure from what was, remembering it fondly, and perhaps trying to duplicate it with younger generations.

May the following memories shared by others help remind you of special celebrations at this “most wonderful time of year.”

Charles Hamilton, 65, distinctly remembers the Christmas when he was about seven years old and received a drum set, “exactly what I wanted. My Mom was a single parent with four children, two of whom had disabilities. But she had common sense and we never went hungry.”

Peggy Branscumb, 79, was raised by her grandparents on a farm in Arkansas. “Christmas was always a big deal,” she says smiling. “There was a lot of love in our family, not much money, but the holidays were fun. I remember one doll I got had no hair and later while my grandmother was busy quilting with neighbors, I made a hat for the doll which I had for years until we had a house fire.”   She says now she and her family celebrate Thanksgiving together, which has become their season’s “main” holiday where everyone is together.

When Dick Ingram, 89, first thought about Christmas holidays from his youth, he didn’t realize all the traditions they contained. “I didn’t think so much about it. I grew up with my Aunt and Uncle out of necessity and was absorbed into their traditions.”  As assigned gift wrappers for “an abundance of gifts,” he and his younger cousin, Marvel, were busy on Christmas Eve. “My 92-year-old Great-grandmother, a great gal who lived with us, presided over the meal of chop suey, oyster stew, shrimp, German potato salad, and custard pie.”  Various guests dropped in to enjoy food and beverages. “It was a tradition and always a special time.”  Dick continues to enjoy the Christmas holidays, adding, “It’s a joyous time of year for what it represents, but there is also sadness because of people you miss.”

Life-long Peorian Julie Anderson, 70, remembers Christmas being a big deal in her family. The sixth of 11 children, she says,  “We believed in Santa and I played with dolls.”  While details of Christmas traditions may have changed, she still gathers with her family to celebrate. “I don’t do the baking anymore,” she says, “but I’ll for sure have a tree.”

Lucille Augsberger, 92, grew up with nine siblings. When asked about her Christmas memories, she talks about going to church, enjoying a turkey dinner, receiving 50 cents from an Aunt, and playing games. She explains, “We didn’t know people who had a lot. Many were from big families.”  Expectations about gifts were different then, especially in large families. Lucille says she later loved shopping for her three daughters. “I always enjoyed shopping for them, still do, although now they are mostly shopping for me.”

Elizabeth Perry, 74, is a middle child with an older sister and younger brother. She remembers going with her family to the former St. Cecilia’s Church in Peoria for Midnight Mass on Christmas Eve. Gifts were open the next morning, followed later by a traditional holiday dinner with turkey or ham and definitely pumpkin pie. While her Christmas celebration has changed through the years, she’s grateful for her childhood memories.

When asked about favorite holiday memories, Virginia Schneider, 85, wanted extra time to answer. “At first I didn’t want to really think about it,” she says candidly. One fond memory is very recent, just two years ago. “I always went to my sister, Irma’s house for lunch on Christmas Eve. We played dice, got lottery tickets, later on Irma went to bed, and that was our last Christmas together as she passed away.”  Virginia’s memories of Christmas extend back to when she was a child. “If you don’t believe, you don’t receive,” and she believed. “My Mom loved Christmas and she wouldn’t let anyone tell us there was no Santa. It’s not the same as it used to be, but I’m glad you asked me to think about this because it made me think about Christmases in the past and especially about my sister.”

Even Santa can’t always bring us our heart’s fondest wishes, but the Christmas spirit helps us savor our cherished memories and create new ones with those we love. May you find yourselves smiling, even through tears, as you recall the joys of those Christmases from times gone by.