From Our Readers – Starr Street Had It All 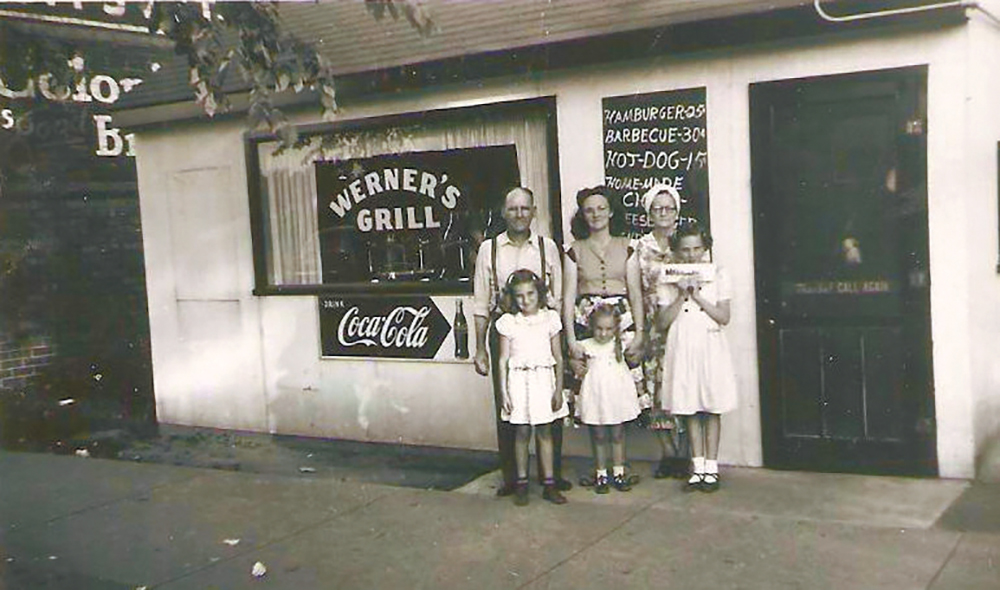 By Alice A. Brophy

As a child, I spent a great deal of time on Starr Street. Whether traveling by car to and from St. John’s or walking to and from Logan Pool, the destination was always Dad’s store. Those were the days of assorted “mom and pop” businesses, and I remember a three block area that was teaming with activity. I can still picture each and every one of those unique places:

While the owners may have changed, the variety of businesses in this small area of the south side was amazing to me.

Al Demmin owned Al’s Radio & Television with both items displayed in the front window. Not every home had a TV in those days so he was ahead of the times. I’ll never forget Al and Dad setting up a few televisions at St. John’s on John F. Kennedy’s Inauguration Day so we could witness history. Can you imagine televisions in a school in 1961?

The hardware store was founded by Raymond Zerwekh and changed hands numerous times over the years. Leo Hagemann owned it during my youth. It is still in operation today—same creeky wooden floors! Ella May’s was a tiny beauty shop with one chair and two large hair dryers. Mrs. Ola Winkler was the owner. According to patrons, her deep finger waves and permanents were second to none.

Costa’s was on the corner of Starr and Stanley Streets. It was owned by Peter and Caroline (Ingolia) Costa. I remember being in Costa’s a few times and thinking how dark it was. The store was packed with display tables, stacked with shirts, shoes, aprons, etc. Mrs. Costa was nice but pretty old—or so I thought. She died in 1971 at age 59!

In the next block was the place I knew all too well. The complex of three stores was built by Fred Reichert. Brophy’s was opened in 1929 by my grandfather, John M. Brophy, in the first storefront of the large building. Next to Brophy’s in the middle business was Fred Reichert’s Meat Market. In the late 50s it housed Hall’s Market and then became the Big 5 Mercantile Co. The last shop in this complex was a barber shop with Charles Kauffman and later Bob Friend working their magic.

We even had a small restaurant!  Gustav and Carrie Werner served up burgers, chili, and more. Their large home stood next to the grill. The couple is pictured here with their daughter and grandchildren, Gloria, Joanne, and Mary Lou Braun.

Traveling down that stretch of Starr Street today, I can still picture its glory days.