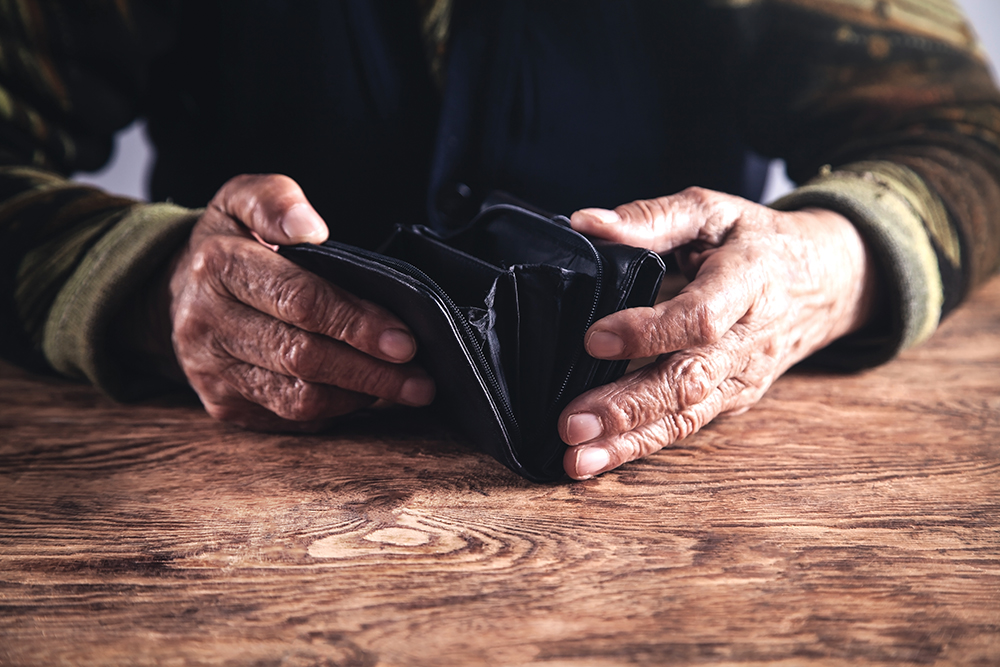 Dementia is a term used for loss of memory, lack of ability to problem solve, and inability to perform everyday activities. Having difficulties with finances may be an early sign.

More than 5 million Americans, most age 65 or older, are thought to be living with dementia caused by Alzheimer’s disease and related conditions. This number is expected to rise over the coming decades as the population ages.

Dementia involves a loss of cognitive functioning—thinking, remembering, and reasoning—that can interfere with daily life and activities. Researchers have found that older adults with cognitive impairment are vulnerable to financial exploitation, including scams. Even mild cognitive issues might affect the ability to manage bills and other finances. But how widespread these problems are hasn’t been clear.

A research team led by Dr. Lauren Nicholas from Johns Hopkins University looked at this question in a nationwide sample of more than 80,000 adults over the age of 65. The subjects all lived alone and received healthcare through Medicare.

The researchers linked medical information with credit information from a nationwide database. They recorded which people had accounts past due or a drop in credit scores to the “subprime” range (below 620). They then compared rates of credit problems between people who later received a diagnosis of dementia and those who didn’t.

All analyses took into account participants’ age, sex, race and ethnicity, other health problems, geographic location, and the state of the economy during the years studied. The study was funded in part by NIH’s National Institute on Aging (NIA). Results were published on November 30, 2020, in JAMA Internal Medicine.

Between 1999 and 2018, about 27,000 of the subjects received a diagnosis of dementia. The team found that those who developed dementia were at higher risk of payment delinquency, starting 6 years prior to diagnosis, than those who didn’t develop dementia.

People who developed dementia were also more likely to have their credit score drop into the subprime range, starting 2.5 years before diagnosis.

In comparison, diagnoses of arthritis, glaucoma, or hip fracture were not related to any of the financial problems measured. The dementia findings thus don’t reflect general health changes with age.

There are currently no treatments to slow or stop the progression of dementia. However, earlier diagnosis may help people protect their loved ones from the financial risks of early cognitive decline.

“Our study is the first to provide large-scale quantitative evidence of the medical adage that the first place to look for dementia is in the checkbook,” Nicholas says. “Earlier screening and detection, combined with information about the risk of irreversible financial events, like foreclosure and repossession, are important to protect the financial well-being of the patient and their families.”

Sugar Creek Alzheimer’s Special Care Center is the leader in memory care services in central Illinois. They are located at 505 East Vernon Avenue, Normal, Illinois. They offer specialized care to those who are experiencing the challenges of Dementia and Alzheimer. If you need to set up an appointment or have any questions please call 309-451-3000 or go to www.sugarcreekalz.com.